Oceans: Dark Drabbles #9 was released on April 14, 2020 and can now be purchased online! This collection of dark drabbles marks my first time being published in-print. I haven't ordered my author copies yet (because of international shipping costs, I'm waiting to see if I can get another short story accepted into Black Hare Press' anthologies first), but I'm beyond excited to see my name actually published in a book. My four drabbles are a small tribute to the Arctic: "Qalupalik", "Cold Shower", "The Breathing Hole", and "Qalupalik Part 2". 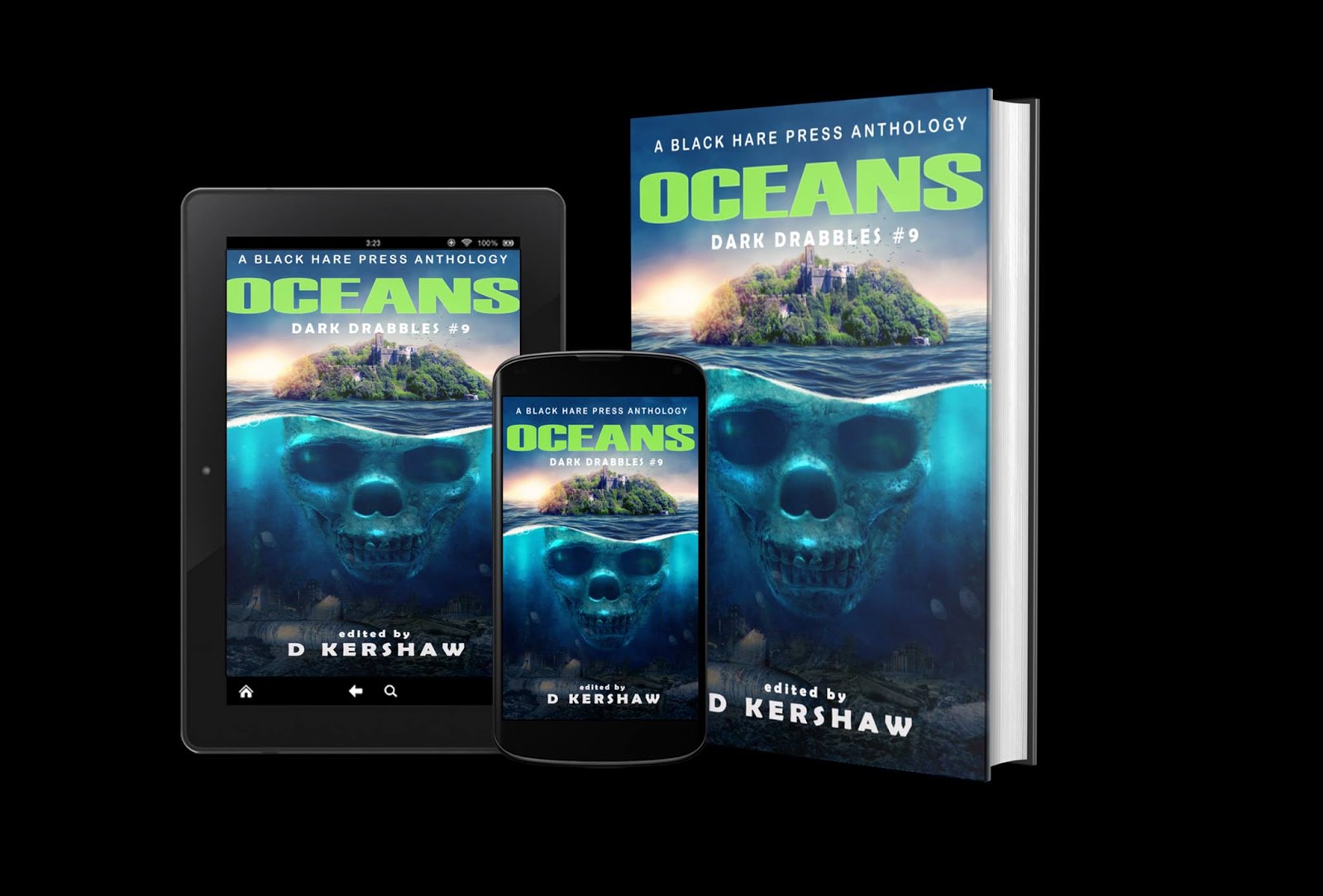 I really wanted to submit short stories to Black Hare Press' Lockdown Phantom #2 and Lockdown Paranormal Romance #1 eBook anthologies, but while I've managed to clunk out multiple drafts for both titles, I just keep thinking of new ways to improve them. I may have to accept that the short story originally written for Lockdown Phantom #2 simply won't be ready in time for the editors' consideration. It's frustrating because the story is by no means bad right now; I just want to try a fourth draft to see if it'll strengthen the characters even further. (And then I'll probably nitpick my way to a fifth and sixth draft as well.) I'm a deadline-oriented author, so watching one tick by on my calendar drives me up the wall. But I suppose there will always be another anthology call out there, another place where that short story could belong.

I also have to accept that maybe the Lockdown anthologies are for writers who are further along than I am. While I've been writing recreationally for most of my life, I have yet to amass a backlog of short stories waiting for publication and/or reprint. I'm just getting my first written works out into the world, and that means anthologies with tight turnarounds probably aren't going to be the best fit. However, this just gives me more motivation to keep cranking out short stories. Ray Bradbury famously said: "If you can write one short story for a week — it doesn't matter what the quality is to start, but at least you're practicing, and at the end of the year you have fifty-two short stories, and I defy you to write fifty-two bad ones. Can't be done." I've written about a short story a week since November 2019, and some of them have been abysmal. Like tempted to delete them off my hard drive abysmal. (DON'T DO IT. I've since come back to some of those short stories and discovered that either a) they're not as bad as I thought or b) there's a nugget of something deep down in there worth mining.) But some of them, I'm rather proud of having written. So I'll continue to write one a week and maybe, someday, I'll be able to submit at a moment's notice like more experienced writers.
Labels: anthologies