Here are the stats for June:

I currently have thirteen short stories out in the world waiting for a YES or NO.

There haven't been any blog entries this month because, to be honest, there hasn't been much to update about. While I'm still submitting, there haven't been any acceptances or rejections to reflect upon. I completed the third draft of Black Book of Hours, which is much better than the previous drafts, and am now stepping back for a few weeks. On July 15, I'll read through the entire thing again, jotting down notes in the margins, before starting the fourth draft. Then it's off to the Romantic Novelists' Association for their manuscript assessment. I wrote the first book in the Black Book of Hours series only knowing the broadest strokes of what happens in subsequent installments; those broad strokes need to be refined so plot-points for future books can be dropped in. I've also started working on a new unrelated book. Just a worldbuilding document and outline for now, but it's started. Now that Black Book of Hours drafts won't be complete rewrites as much as plugging up plot-holes, refining character arcs, and fixing sentence structures, it'll be good to have a second project that's still in the early planning phases. You know, the ones where you can throw caution to the wind and slam out 2,000 words in a day instead of spending hours revising a single paragraph.


It Calls from the Forest: Volume 2 is available for pre-order and features my horror short story "Dating in Murderville". (Horror? Romance? Why not both?) You can also pre-order Harvest: Volume 2, which features my horror flash fiction "A Good Ranch-Hand". Think of "A Good Ranch-Hand" as Netflix's 365 Days if Laura slammed Massimo over the head with a crowbar and locked him in her basement. I didn't watch that movie, but I still think it's an apt description. 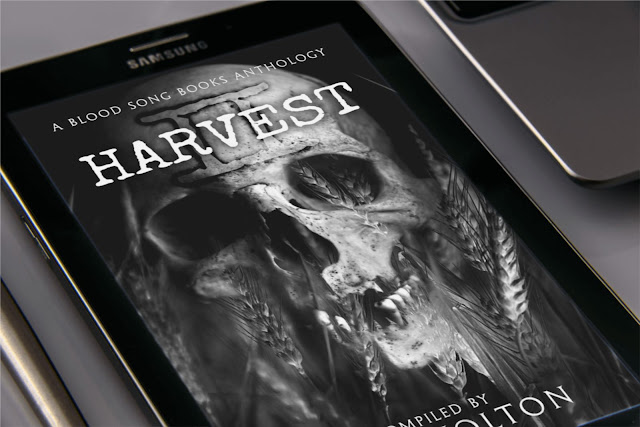